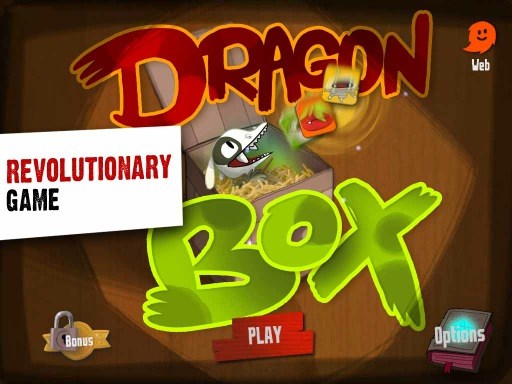 Thereâ€™s a twofold purpose of Dragonbox: to teach kids algebra in a unique way, without them actually realizing that they are learning it and to get rid of that mental block from minds of those who find algebra a headache.

Hereâ€™s How it works:

Each Chapter of Dragonbox has 20 levels, each level comprises of two sides and your task is to isolate the given box from all the pictures on either side. As you complete each level, you will collect three stars; only if you have completed the level with the right number of moves and the right number of cards. After this youâ€™ll notice that your Dragon becomes bigger and bigger as you progress through the levels, an exciting incentive to kids.

Eventually through the levels the app slowly introduces newer rules as you progress to higher levels. For example, in the first chapter the app introduces a deck of picture cards from which you can select a card to match the existing card on two given sides. It also introduces some far and few variables (example: x or y) along with the pictures to enable kids to get a hang of them. Each Chapter will get more and more difficult eventually making your kids masters of algebraic rules, terms and variables. 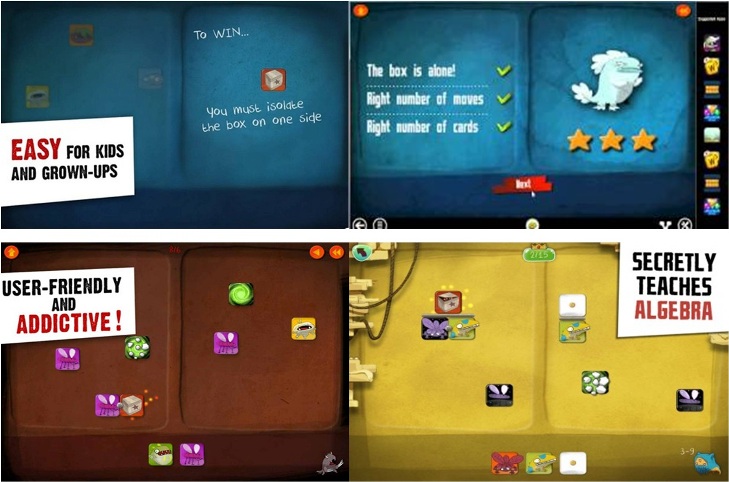 ~ Â  Itâ€™s amazing how this app works psychologically with the minds of the kids (or maybe not just the kids, cause it worked on me too). For instance to teach them the concept of negative and positive numbers (Example: -1, +1) with the use of night and day variations of the same picture cards or to use with fun images like fireflies, aliens, monsters, dice, etc instead of variables in the beginning chapters.

~ Â  They provide step by step instructions, when a new rule is introduced in a level. This does away with the entire tedious process of reading hardcore rules and instructions that simply puts you off.

~ Â  This will also psychologically play with the kidsâ€™ minds to keep going and always learn something new through the levels. Thus keeping the game challenging, interesting and continuously changing.

~ Â  To make it a bit competitive, itâ€™s interesting how itâ€™s necessary to complete each level only in a few given moves.

~ Â  Â The drag and drop mechanics make it so much fun for kids to learn with all the animation.

~ Â  This game could be played offline too so no need to worry about kids using the internet without supervision. At first we thought that this app probably is for elder kids and how if this app would be of any use to a five or six year old. It definitely requires some supervision and assistance in the first few levels until they get a hang of it, but then they are set to go. To my surprise there are videos of four year olds using this app with such ease. Not convinced???? Click here:Â

In spite of being a slightly expensive app, it’s definately better than getting a ten times more expensive tutor. 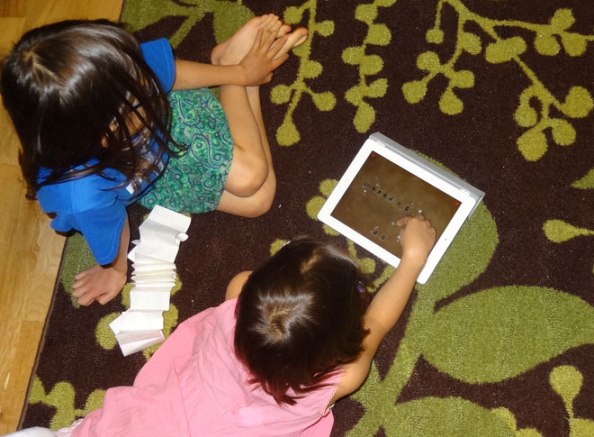 Ages: 5+ ( although 4 years according to the video is perfectly normal) 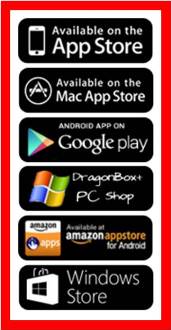 And soon, there will be a web version available.