Gopika Kapoor, the author of well known books likeÂ Spiritual Parenting: Wisdom (and Wit) for Raising your Child in a Stress-free and Spiritual Environment, asks all the mommies to spend their time doing activities that they enjoy rather their following certain norms that restrict them to do so.

As I write this, I have just finished helping my son put together a mammoth Lego fighter plane. And as I am sipping my tea and trying to calm down I have had an epiphany: I hate Lego. Really really despise every itty-teeny-tiny bit of it.

Lego is a worldwide phenomenon, something you can find from Turkmenistan in the east to Tobago in the west. Its popularity is unimaginable. According to Wikipedia, the annual production of Lego bricks averages approximately 36 billion per year. If all the Lego bricks ever produced were to be divided equally among a world population of six billion, each person would have 62 Lego bricks.

Every child I know loves Lego, which is probably why it is such a highly priced and valued birthday gift option. I know of adults who still have intact Lego models encased in acrylic cases, displayed in their living rooms. I know of Lego clubs where models are compared and pieces exchanged. I know of enterprising moms who have set up Lego libraries, renting out entire Lego kits for two weeks and a thousand rupees. And I know kids who throw themselves down on store floors andÂ harassed parents who swipe their credit cardsÂ repeatedly for big blue boxes of Lego. 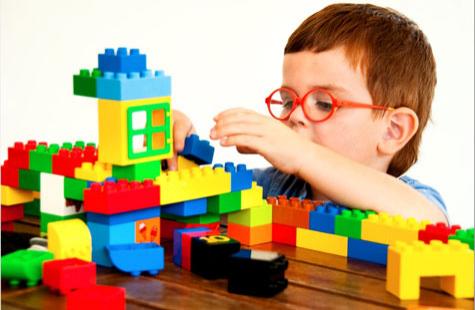 And all this while I’m thinking to myself – all this for bits of plastic?

To the worldwide Lego club, it’s about more than pieces of plastic. It’s about vision and imagination and creativity and design, and even architecture. It’s about art and precision and discipline.

So why do I hate Lego so much?

That’s becauseÂ I’m a type B mom who can’t keep track of the hundreds and thousands of pieces of plastic. Â I don’t have the patience to sit for hour after back-breaking hour putting together little models, only to dismantle them a few days later. And mostly because Lego brings home to me all my various faults and challenges – skipping over the details, a lack of persistence for things I don’t like and above all, impatience with the task, my kids and myself for not getting something so small and delicate right.

So, in the interest of maintaining peace with my children, my home, and the world I think I’ll leave the next Lego model to my husband!