I was born in France and moved to India in 2006. There I started my career and founded my mixed family after marrying an Indian man in 2014. Our kid, a French Indian boy, followed suit. For him, I wrote and published my book Bandati. In the article below, I talk about the kind of challenges I have been facing since the birth of my son: co-parenting in a multicultural couple. Or: when the rules of parenting that seem to us to be a problem of "common sense" are in fact a cultural problem.

Joining an Indian family is not easy, especially if the husband is Indian: like an Indian man, he is a pillar of the family and shoulders a lot of responsibilities. It is therefore not rare for Indian guys to hide their relationship from their parents, and sometimes the whole world, for fear of being disowned – which actually does happen. Some even marry in secret, while the parents continue to go through the CVs of prospective brides while they wait for their kid to grow up and come to his senses.

And the reason for this being, the social fabric is essential, it is the net that prevents everything from falling apart when you don’t have social security. This is the family we turn to when we need money to care for a relative who has fallen ill, for a cremation or a wedding, for example. So what people will think or say is of prime importance and will dictate everyone’s actions. It is already a scandal when a son or a daughter wanders out of their religion or caste (honour crimes still exist with 3000 victims recorded in 2014 by the National Crime Records Bureau of India). But then if they mingle with a Westerner, who doesn't have high morals "supposedly", there's a lot to think about!

However, in my case, managing our mixed couple was relatively easy, especially since my in-laws live far from us, do not interfere in our affairs and we are both very open-minded. However, things could have taken a different turn with the arrival of our child. It led each of us, as a parent, to question each other and ourselves, and look back at our past and upbringing. Many fights in the making…

When the child arrives… What nationality will he have?

India does not allow dual nationality, so of course, he would be French! It was obvious to me. Yet I realized it was very selfish of me not to take into consideration my husband’s feelings. Luckily, he quickly agreed with me: having had a few adventures himself to get Visas, the French passport was unanimously adopted.

What about his sleep routines?

For me, there were no two ways about it: the baby would have to go to his own bed in his own room on the first night itself. On the other hand, my husband could not imagine him sleeping anywhere other than in our bed. In the end, I bought a beautiful high-tech cradle that I ended up hardly using: my practical sense as a breastfeeding mother quickly made me opt for co-sleeping for the first few months before giving him some sleep independence, fairly flexible independence, however, especially as per French standards – I love waking up next to my son who slips between our sheets in the early morning! And too bad for the morning “privacy” which isn’t really my cup of chai anyway.

How will he eat?

(Luckily for us, my husband doesn’t belong to the 35-40% of Indians who are vegetarians and, even better, he is fond of non-spicy Western food. So there was no question about what he would eat, but rather how) Would he be hand-fed the whole day, followed everywhere by very anxious (not to say obsessed) Indian parents for whom a stomach should never be empty? Or would he eat French style, at fixed times, by himself in his high-chair and if he doesn’t finish his meal, it would be reheated later? Here again, we have found a middle way, less strict than the methods of my compatriots: he eats alone, with his fingers when the food is Indian (although he mostly doesn’t like to get his fingers dirty), and happily get fed – lazy bum! – when we are in a hurry. He learns not to waste food but also to follow his appetite and not overeat.

What will be his mother tongue?

I made up my mind to speak to him exclusively in French while my husband opted for English, the language of our home, even though he himself is Hindi, Malayalam and somewhat French-speaking. Since we live in North India, he relied on the environment for our son to learn Hindi – which is less automatic in Mumbai than in Delhi. Well, it turned out that, at 6, my boy is English-speaking. I regularly get a few raised eyebrows from the supporters of the One-Parent-One-Language method but also complimented by those who think that the brain must first structure itself in a language before others are taught. (According to a linguist friend, there is a fine line between polyglotism and allotism; for example, a person may be able to communicate in several languages ​​but not really master any.) Anyway, my son is English-speaking. He understands French very well and Hindi well but refuses to speak these languages for the moment.

Fortunately, this tricky point did not pose a problem for us, neither my husband nor I am practising our respective Hindu and the Catholic faith respectively. We celebrate festivals of every religion but mostly for folklore. I also noticed that it is largely a female responsibility to transmit culture. If I don’t light candles for Diwali, my husband wouldn’t be doing it! Besides, we never celebrate any event of his native South Indian culture, because I don’t know much about it.

How to discuss the topic of a mixed family with a mixed kid?

I wanted to talk with our kid about his differences: he is mixed, and not only physically but also culturally. Not finding a book as a medium, I wrote, illustrated and published a book in French and in English for 3-7-year-olds, Bandati

We were lucky to be able to agree on all subjects, often marvelling at the way the other approached things. We bring up our little French-Indian in our own way, without our respective families getting involved, which leaves us a great deal of latitude.

What's your experience on this? Or do you know of any couples who have travelled in the same boat that we did? Share your comments below- would love to know how you handled this similar situation!

Emilie Anand was born in France and moved to India in 2006. There she started her career and founded her mixed family after marrying an Indian in 2014. Their son, a mixed-race kid, was born the same year. For him, she wrote, illustrated and self-published "Bandati" in 2021. You can read more about her work on www.bandati.org. 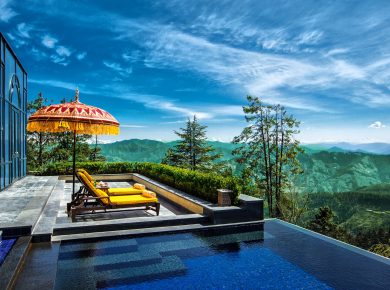 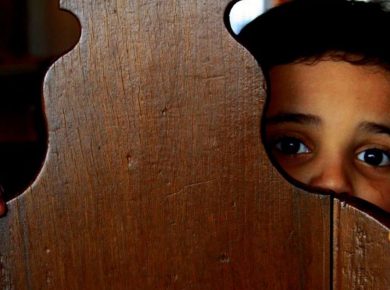 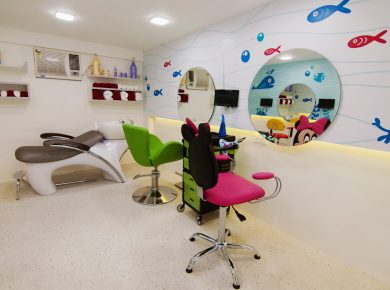 Also, this month, KSP CODE Card is giving away TrueFitt and Hill vouchers worth Rs 1100 for kids haircut which…
Read More 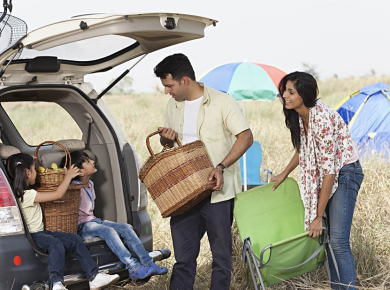 Travelling with kids is stressful and finding things to eat that they will enjoy can get difficult. so keeping my…
Read More
×