As a parent of a 15-year-old who is on Instagram and Snapchat, I cannot ignore the role of both these apps in my child's life. She was the last person in her group of friends who got Snapchat when she turned 13 and Instagram when she turned 15 years old.

She kept asking us and my husband and I kept pushing it. We knew once we let her into that world there was no turning back.

“All of my communication with my friends is through Instagram DMs and Snapchat. If I were to go off Instagram, I would feel like I’m living under a rock. I am anyway not meeting my friends like I would have had regular school been on.”

I didn't know what to say to her except caution her about the pitfalls of social media. Teens love Instagram for a lot of reasons, but most importantly, that's where their friends are. They can also keep tabs on their favourite celebrities, follow accounts that align with their interests, and, of course, maintain their own profile (or profiles) that present an image of themselves to their friends — and sometimes to the world.

As of July 2021, India was the leading country based on Instagram audience size with 180 million users accessing the photo-sharing and editing app, followed by the United States with 170 million users. Brazil ranked third with 110 million Instagram users. 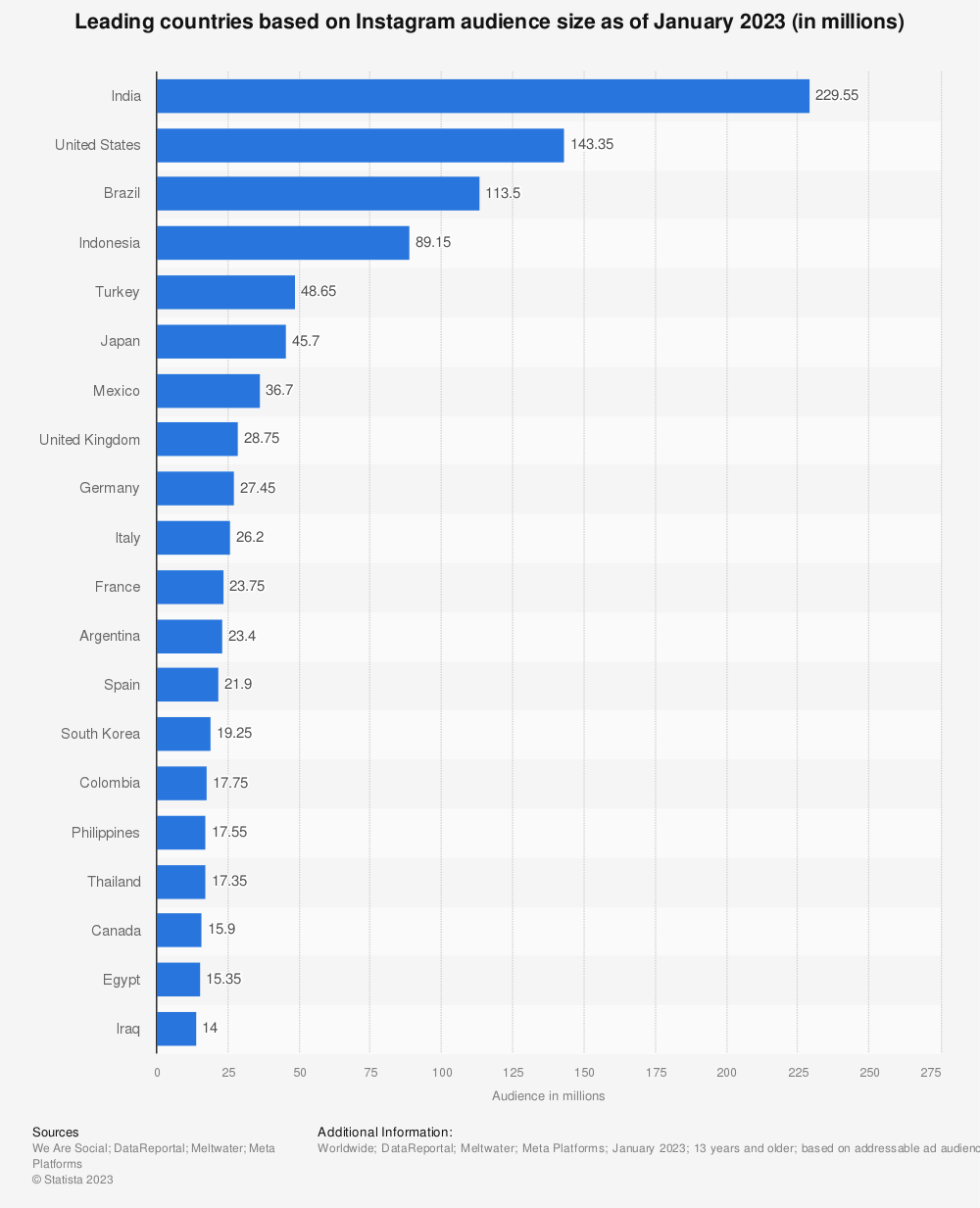 As per a digital survey carried out, India recorded approximately 20 million new users between the period of October 2020 and January 2021

When Facebook announced that it was all set to launch a child-friendly social media platform- Instagram for Kids a few months ago we asked parents what they thought.

There was an overwhelming response – NO social media for kids is the way it should be.

This is one app, parents spend hours on. We call it our stress buster. Agreed, kids are missing out on quality school and playtime with their friends. But are we ready to succumb to societal demands and allow them to log on to a social media platform at a young age? Do we have the bandwidth to keep a check on what is going on? Kids nowadays have a lot of exposure and year after year, cyber-bullying stats are shocking, to say the least.

At Kidsstoppress we interviewed Tara Bedi, Head of Public Policy, Instagram India recently. You can watch the interview below where they discussed

A few days ago Instagram Head Adam Mosseri has announced that they were going to pause on Instagram Kids. The social media platform has decided to take a step back and re-evaluate the consequences, seek safety experts’ advice, and build a general consensus with the parents of pre-teen users before rolling it out.

Frances Haugen, an ex-employee of Facebook blew the whistle about Facebook's practises and shared that The Wall Street Journal. Recent research by The Wall Street Journal ( WSJ ) shared internal communications show that Facebook knows that Instagram is toxic for teen girls. These messages that were made public is probably why the social media app has put a stop to the kids' version.

The researchers said in a March 2020 slide presentation posted to Facebook’s internal message board, reviewed by WSJ

“32% of teen girls said that when they felt bad about their bodies, Instagram made them feel worse,”

“Teens blame Instagram for increases in the rate of anxiety and depression."

It isn't only teen girls who are being affected by the "perfect image and body" problems. Teen boys are dealing with it too. In the deep dive Facebook’s researchers conducted into mental health in 2019, they found that

14% of boys in the U.S. said Instagram made them feel worse about themselves. In their report on body image in 2020, Facebook’s researchers found that 40% of teen boys experience negative social comparison.

Statistics displayed during these presentations are alarming, to say the least.

“Social comparison is worse on Instagram,” states Facebook’s deep dive into teen girl body-image issues in 2020, noting that TikTok, a short-video app, is grounded in performance, while users on Snapchat, a rival photo and video-sharing app, are sheltered by jokey filters that “keep the focus on the face.” In contrast, Instagram focuses heavily on the body and lifestyle.

The tendency to share only the best moments, a pressure to look perfect and an addictive product can send teens spiralling toward eating disorders, an unhealthy sense of their own bodies and depression.

The features that Instagram identifies as most harmful to teens appear to be at the platform’s core.

What Do Medical Experts Say?

Medical professionals have also been condoning the platform for years now. Angela Guarda, director for the eating-disorders program at Johns Hopkins Hospital and an associate professor of psychiatry in the Johns Hopkins School of Medicine, said it is common for her patients to say they learned from social media tips for how to restrict food intake or purge. She estimates that Instagram and other social-media apps play a role in the disorders of about half her patients.

Eating disorders are complex mental and physical conditions that cause people to develop severely disrupted eating habits. This is characterised by eating, exercise and body weight or shape becoming an unhealthy preoccupation of someone’s life. It isn't just about trying to lose a little weight – eating disorders are serious conditions related to persistent eating behaviours that negatively impact one's health, emotions and ability to function in important areas of life. Read more about eating disorders here

A post shared by The Wall Street Journal (@wsj)

What Is The Way Forward?

Adam Mosseri, Head of Instagram said he still believed it was better to have a version of Instagram for 10-12-year-olds, rather "than relying on an app's ability to verify the age of kids who are too young to have an ID".

"The reality is that kids are already online," he said.

These are some of the suggestions teens have given who have grappled with issues after being on Instagram.

What is your take on it as a parent who is consuming Instagram with the same fervour as your teenager probably? Has it affected you too? 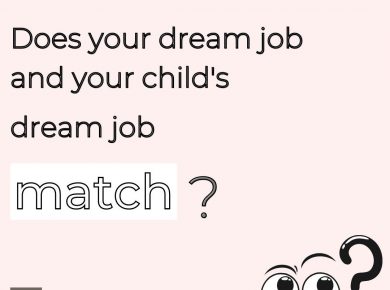 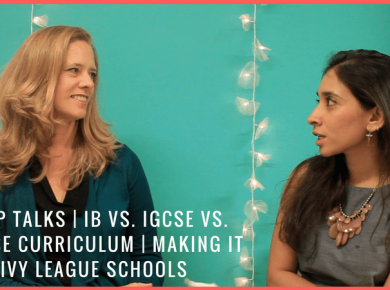 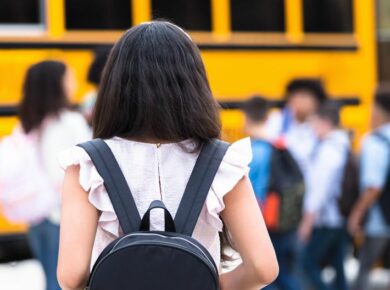 My first thought was - She can't go to school - she's not vaccinated. Then my husband and I thought…
Read More 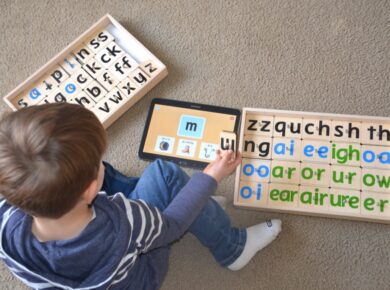 Wondering if you should enrol your child in a phonics class? This article answers all your queries. Read on!
Read More 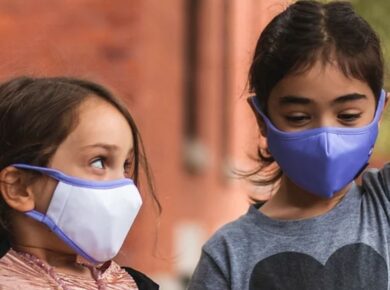 More than 10 states in our country have announced the reopening of schools. Here's an interesting and important thing educator…
Read More 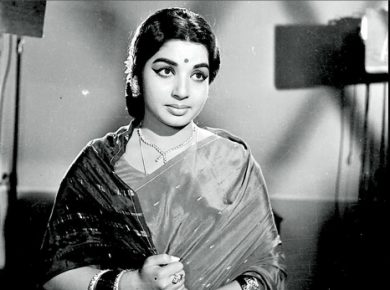 What makes J Jayalalithaa an enigma and an inspiration for today's woman? From being the first Woman Chief Minister of…
Read More
×