Pregnancy is a one of kind life-changing journey that a woman’s body is blessed to go through. It gives birth to both: a mother and a child. While several physiological and anatomical changes take place in a woman’s body during pregnancy, an important part of her body is hardly ever discussed: The pelvic floor and its muscles.

What Are The Pelvic Floor Muscles?

Pelvic floor muscles are layers of muscles that help support the pelvis and its organs. They are a group of thick & firm muscles that stretch from the tailbone in front to the pubic bone at the back and from one side of the hip bone to the other side of the hip bone when one is seated. The urinary bladder, uterus and bowel form the pelvic organs, while the urine tube (urethra), the vagina and the rectum pass through the pelvic floor muscles.

The pelvic floor muscles provide support, maintain continence, optimise intra-abdominal pressure and facilitate birth by helping the baby to rotate and move forward through the pelvic and birth canal while also preventing the pelvic organs from moving from their place.

Therefore, the pelvic floor and its muscles play an integral role during pregnancy and childbirth.

Over the period of nine months, as the baby grows bigger and heavier in the womb, the pressure in the abdomen increases, in turn increasing pressure on the pelvic floor and its muscles. Sometimes the pelvic floor muscles fail to withstand this additional load which then causes these muscles to start weakening.

Add to this, the surge of the hormone relaxin during pregnancy. Relaxin is known to increase flexibility and stretch in the body; in case of the pelvic floor, under normal circumstances; relaxin would help ‘loosen’ the pelvic muscles to help the body prepare for labour & delivery.

However, when the pelvic floor is weak, this hormonal fluctuation actually increases the laxity of the pelvic muscles posing as a risk.

Simultaneously, during pregnancy the excessive pressure of the growing baby on the urinary bladder along with weak pelvic muscles causes many pregnant women to experience ‘wetness’ or leakage of urine while coughing, sneezing, or even laughing. Unfortunately, for several years now, these symptoms have been deemed as ‘normal’ during pregnancy.

Contrary to old wives tales, wetness or dribbling of urine during pregnancy are signs of a weak pelvic floor and require immediate attention.

Strengthening these muscles can help prevent further damage and, during the initial stages it may even serve as an aid to reverse the condition. Irrespective of which week or trimester a woman is in her pregnancy, she must embrace pelvic floor exercises, as they are absolutely safe to perform and have no contra-indications involved. You must ensure that the exercises are being performed correctly and regularly.

Imagine the need to use the restroom to relieve yourself, but due to its unavailability, one has to hold on. The action of squeezing and lifting to hold on, are performed by the pelvic floor muscles.

After identifying the pelvic floor muscles, one can learn to perform exercises to build muscular strength. Initially, the exercises may not feel as comfortable, but with practice, it will be easier.

Please ensure there is no breath-holding at any point while performing any pelvic floor exercise.

Exercise That Is Safe For You To Try At Home: 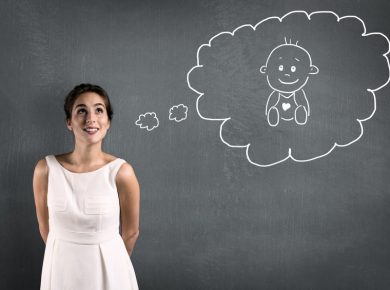 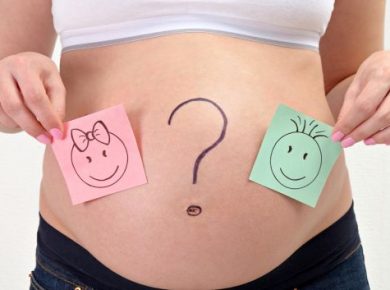 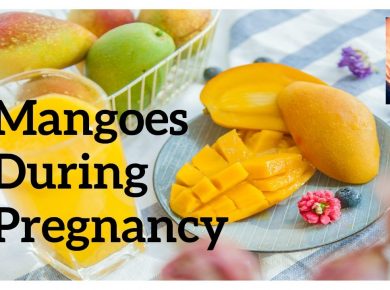 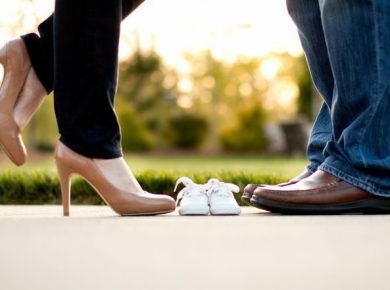 Image Source: www.pregnantkitchen.comWe Got PinnedWe may not use nappy pins anymore, but this one is a fun way to share…
Read More
×