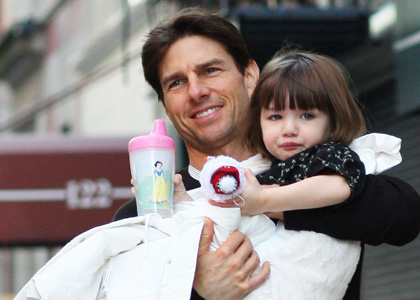 A lot of debates again on whether it was Scientology that got Katie to divorce Tom Cruise or was it more. Well reports believe that A man who worked in the Church of Scientology has claimed that the church “brainwashed” Tom Cruise’s kids Isabella and Connor, turning them against their mum Nicole Kidman. He claimed that the church told Cruise’s adopted children that Kidman was a “suppressive person.” Apparently Holmes & Kidman have spoken over the last few weeks,” and “Nicole has been supportive, saying she’s been through it too and to hang in there.”

For me what really went on between them is of less importance than on how children suffer in this process. A child does not know what religion is what beliefs are. He just trusts his parents. In India too we have so many religions and so many beliefs that parents with differing beliefs need to make a choice on what their kids will follow.Â  Currently I am just struggling to pass on my faith to this GEN Y generation and often wonder will she know as much about our values, religion, faith and rituals as much as we did. May be not! Balancing between two separate ones I am sure is extremely challenging.

Do share with us your feedback on striking a balance between two beliefs and what are your thoughts on faith, beliefs and especially differing beliefs in parents.